Four Euro NASCAR vehicles drew in the crowds at this year’s World-famous Goodwood Festival of Speed, with the official car of the series, the General Tire branded Chevrolet Camaro on display. 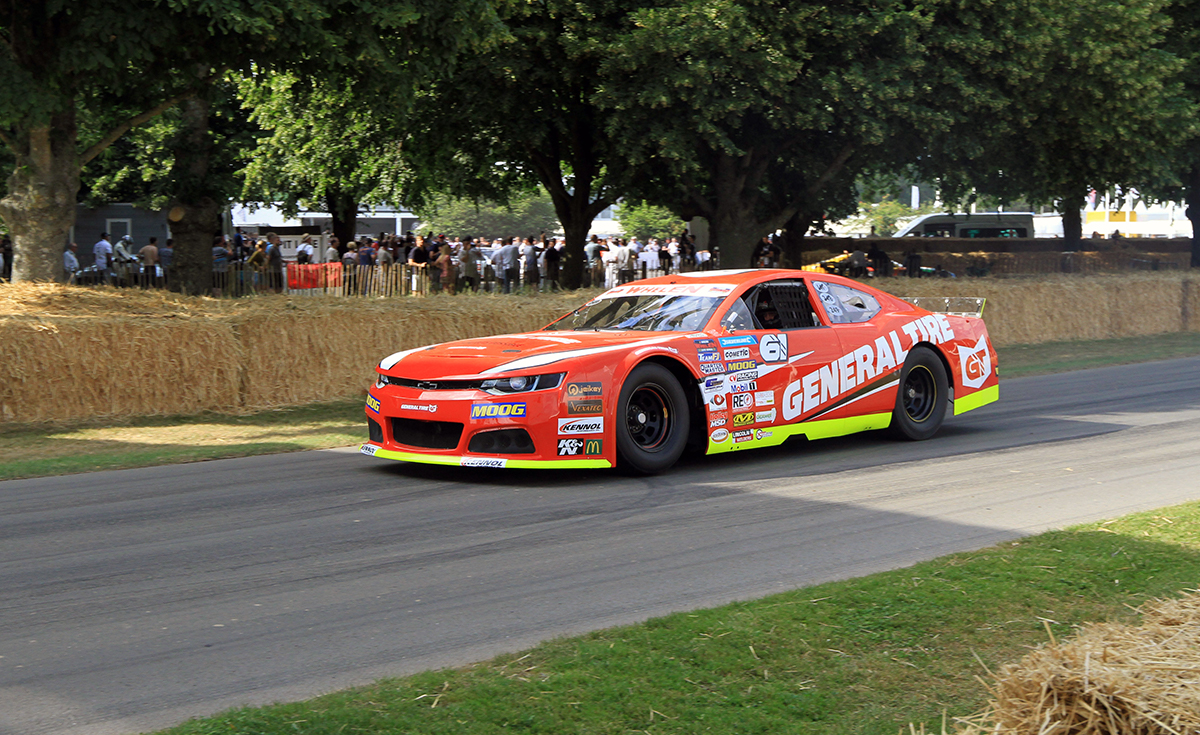 For the third year in a row, motorsport enthusiasts were able to view vehicles from the NASCAR Whelen Euro Series and interact with NASCAR stars.

The General Tire branded vehicle, which made its debut at the Autosport Show in January, was created to celebrate the partnership between General Tire and NASCAR Whelen Euro Series. As the exclusive tyre supplier, General Tire is providing the teams with slick and wet-versions of its new NWES GT model.

The highlight of the event was the famous Hillclimb Shoot, featuring all four NASCAR vehicles racing to complete the course as quickly as possible. For the third time, NWES CEO Jerome Galpin took to the Hillclimb Shootout, this year piloting the General Tire vehicle.

“The world-famous Goodwood Festival of Speed is a fantastic place to present our partnership with NASCAR Whelen Euro Series.” says Guy Frobisher, Senior Project Manager at General Tire in Europe. “The opportunity to enter the General Tire vehicle in such a prestigious event such as the Hillclimb, has been a great opportunity and it is an honour that Jerome Galpin was behind the wheel.”

The NASCAR Euro Whelen Series continues with the upcoming race on 21st and 22nd September in Hockenheimring racing circuit, Germany.